In 2016 a new study from the world’s leading health journal reported that the number of women dying from pregnancy and childbirth has almost halved since 1990. British Columbia protected 85% of one of the world’s largest temperate rainforests, home to the wonderfully named ‘Spirit Bear.’ World hunger reached its lowest point in 25 years. Child mortality is down everywhere, and it keeps going down. Peru and Bolivia signed a $500 million deal to preserve Lake Titicaca. New chemotherapy breakthroughs have increased the 5-year survival for pancreatic cancer from 16% to 27% (and is getting better). In March, the US government abandoned its plan for oil and gas drilling in Atlantic waters, reversing its decision from a year ago.  Scientists figured out how to link robotic limbs with the part of the brain that deals with intent to move, so people don’t have to think about how they will move the limb, it can just happen. After nearly 13 years of difficult negotiations, Malaysia established a 1 million hectare marine park that pioneers a mixed-use approach to marine conservation. Thanks to the ice bucket challenge the gene responsible for ALS has been found, meaning we are closer to an effective treatment. More than 20 countries pledged more than $5.3 billion for ocean conservation and created 40 new marine sanctuaries covering an area of 3.4 million square km. A solar powered plane circumnavigated the world. New research showed that acid pollution in the atmosphere is now almost back to the level that it was before it started with industrialisation in the 1930s. The numbers of tigers are growing pandas are now officially off the endangered list. In 2012, the US and Mexico embarked on an unprecedented binational project to revive the Colorado River. By 2016, the results had astonished everyone. Pakistan has made strides toward outlawing honor killings. The World Health Organisation released a report showing that, since the year 2000, global malaria deaths have declined by 60%. Fresh evidence showed that public smoking bans have improved health in 21 nations. 70,000 Muslim clerics declared a fatwa against ISIS. Uruguay won a major case against Philip Morris in a World Bank ruling, setting a precedent for other small countries that want to deter tobacco use. Pokemon Go players went insane with placing lure modules near hospitals for sick kids. Malawi achieved a 67% reduction in the number of children acquiring HIV, the biggest success story across all sub-Saharan nations and since 2006, they’ve saved 260,000 lives. Volunteers in India planted 50 million trees in 24 hours. Child mortality rates came down by 12% in Russia. Coffee consumption has been proved to help curtail cancer and suicide rates. Life expectancy in Africa has increased by 9.4 years since 2000, thanks to improvements in child survival, progress in malaria control, and expanded access to ARVs. Mobile phones made significant inroads in the fight against rabies, a disease that kills more people annually than all terrorists combined. 500 elephants were relocated to a better, safer and bigger home. Thailand became the first country in the Asia-Pacific region to eliminate mother-to-child transmission of HIV and syphilis. Liberia was officially cleared of Ebola, meaning there are now no known cases of the deadly tropical virus left in West Africa. We made massive strides in Alzheimers’ prevention. The WHO announced that measles has been eradicated in all of the Americas, from Canada to Chile. It’s the first time the disease has been eliminated from an entire world region.The ozone layer is still repairing itself, and all the work we did to get rid of those aerosol chemicals was actually worth it. For the first time ever, the amount of money it would take to end poverty dropped below the amount of money spent on foreign aid. A new therapy developed in Israel could cure radiation sickness. In February, Ontario announced a $100 million initiative to curb violence against indigenous women.The Anglican church resolved to solemnize same-sex unions. The Rabbinical Assembly issued a resolution affirming the rights of transgender and non-conforming individuals. Myanmar swore in its first elected civilian leader in more than 50 years. In 1990, more than 60% of people in East Asia lived in extreme poverty. As of 2016, that proportion has dropped to 3.5%. Two brothers saw color for the first time thanks to specially-designed glasses. Taiwan is on the verge of becoming the first Asian country to legalize same-sex marriage. Portugal ran its entire nation solely on renewable energy for four days straight. The Gambia and Tanzania banned child marriage, following sustained lobbying by civil society groups. In June, after years of wrangling, the drive to end female genital mutilation in Africa made a major breakthrough, when the Pan African Parliament endorsed a continent-wide ban. An Afghan teacher has been delivering books via bicycle to villages that lack schools. 200 strangers attended the funeral of a homeless WW2 veteran with no family. Germany took on rape culture, introducing a law to broaden the definition of sex crimes by zoning in on the issue of consent. Two weeks before Brexit, the African Union announced a new single African passport that permits holders to enter any of the 54 AU member states without a visa. Italy became the last large Western country to recognise same-sex unions in 2016, following a long-running battle by campaigners. The 24th year in a row that teenage pregnancy rates declined in the United Kingdom and the United States. New medicine has been shown to increase melanoma survival rate to 40%. Gambia became the latest African country to show that voting does count, and dictators do fall. Over 800 Boko Harem Hostages were rescued by Nigerian Army. The Paris Agreement became the fastest (and largest) United Nations treaty to go from agreement to international law in modern history.Global carbon emissions from the burning of fossil fuels did not grow at all in 2016. It’s the third year in a row emissions have flatlined. The Chinese 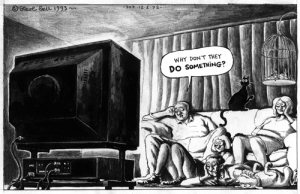 government placed a ban on new coal mines, created new rules for grid access, and doubled its renewables targets for 2020. Following the end of the conflict in Colombia in 2016, all of the war in the world is now limited to an arc that contains less than a sixth of the world’s population. ISIS quietly started preparing its followers for the eventual collapse of the caliphate it proclaimed with great fanfare two years ago. In April, a new report revealed that for the first time ever, the death penalty has become illegal in more than half of the world’s countries. Crime rates in Holland plummeted, with total recorded crime shrinking by 25% in the last eight years. One-third of the country’s prison cells are now empty. Norway became the first country in the world to commit to zero deforestation. The average number of large oil spills around the world has been drastically reduced, from an average of 24.5 per year in the 1970s to just 1.8 a year in 2015. Plastic bag use plummeted in England thanks to the introduction of a 5p charge in 2015. Wild wolves started coming back to Europe, and for the first time since the American Revolution, wild salmon began spawning in the Connecticut River. Green sea turtles in Florida and Mexico were taken off the endangered list. The US finalized new regulations to shut down commercial elephant ivory trade within its borders and stop wildlife crime overseas. Mongolia created one of the world’s largest protected areas for snow leopards. Germany took in an additional 300,000 refugees in 2016, despite growing concerns about integration and a backlash from populists.

If you made it to the bottom of this list, then thank you. It was culled from a variety of good news stories, blogs, and articles. We may have lost some good people in 2016, and some election results may have gone against those with a kinder heart, but if you genuinely want to protect what has been achieved then sitting behind a computer screen is not an option. The biggest step to change is the one you take to get involved.