The second vehicle off the lockdown production line (under the stairs) is dedicated to the ensemble of Cuban musicians known as the Buena Vista Social Club. A project directed by Juan de Marcos González and produced by Ry Cooder. 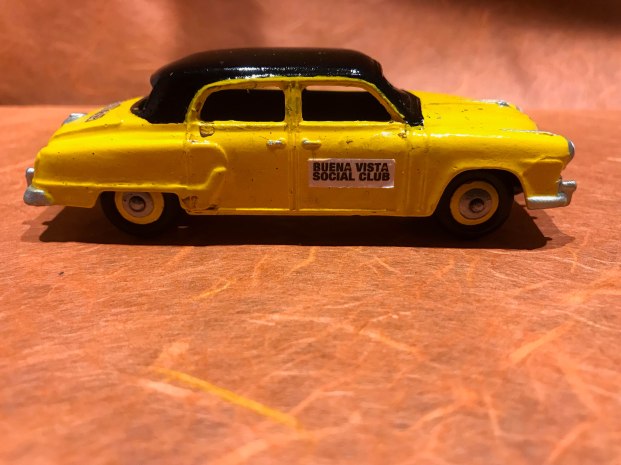 Capturing the music of pre-revolutionary Cuba the subsequent album was recorded in March 1996, released in September 1997 and featured several Cuban musicians, like, Compay Segundo, Rubén González, and Ibrahim Ferrer, all retired, in their twilight years and would all pass on between 2003 and 2005.

The toy car itself is a refurbished 1950s Dinky Studebaker, which is reminiscent of those old American cars found cruising the roads of Havana, Cuba today. Paint stripped, primed, repainted with rust and copied of authentic replica decals from the members’ club in the Buenavista quarter of Havana, a popular music venue in the 1940s.