Cuts released their second album Unreal on the Village Green label towards the backend of last year, a progression from the 2018 A Gradual Decline, album.

Unreal brings texted vocals and beats to the mix.  As one observer suggests Cuts are, “The sound of a world collapsing and it is sublime.” I could not put it better myself. The person behind the Cuts project is Anthony Tombling Jr.

Anthony’s work also ventures into the world of the visual arts, film-making and contributing to film soundtracks. Unit 3, where his film output materialises is a treasure trove of creative collaborations with community and campaign groups, as well as the likes of Alan Moore, Michael Sheen, Beak> and Massive Attack. The sublime soundtrack to the film Ex-Machina on Invada Records features Cut’s goose pimple raising Bunsen Burner track. A track that also brought the TV series ‘Person of Interest’ to its finale.

The Dinky model I used in this piece is from around 1951/2 and is not for sale given it already has an owner. The real Trojan vans, by the way, were manufactured in Croydon, London. They used diesel and petrol engines, as well as a revolutionary electric-powered version in 1951 known as the ‘Electrojan’. It may be difficult to comprehend that 70 years ago our grandparents were ahead of their time when it comes to alternatives to fossil fuel but, they did. 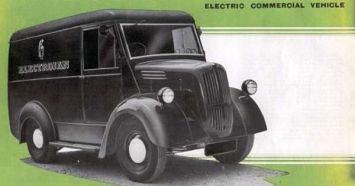