As David Bowie scans the New York skyline from his semi retirement watch tower he surely must occasionally ponder the different phases of his illustrious career and the artists he has shared it with. John Lennon, Bing Crosby, Iggy Pop, Apex Twin, Massive Attack to name a few. Bowie has not been afraid to mix it up, although normally on his terms. His joint venture with Queen ‘Under Pressure’ allegedly faced several creative challenges with Bowie and Mercury going hammer and tong at each other, although the embryonic version of the song was a Queen demo called ‘Feel Like’ written by Queen drummer Roger Taylor. Bowie of course has his critics.  The media hyped feud with Elton John, which can be traced back 40 years when John accused Bowie of “talking shit….being a silly little boy” during a Rolling Stone interview after Bowie referenced Elton John, “the Liberace….the token queen of rock.”

There was a time of course when Bowie did not pull all the strings. A time when he had an equal who would be both friend and rival. Creative competition can produce brilliance, or alternatively flood the world with stagnated repetition. It can instil innovation or cripple confidence. Chinese Democracy the 6th album by rock juggernaut Guns and Roses for example took 14 years (1994 -2008) to release. In complete contract 36 months in the early 1970s resulted with two incredible artists releasing 6 albums of impeccable standard. A period that would influence popular music from there on. 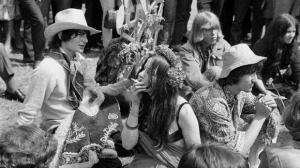 The 1960s had vanished in a dust bowl of psychedelic ash. The hippy party was over and from the rubble rock music increasing splintered and spun off in all types of directions. Heroin had replaced LSD as the drug of creative choice, which brought a harder and darker edge.  Music on TV, cheap HiFi equipment on the high street made recorded music more obtainable to teenagers. Record sales in both single and album formats were at an all time high. The top selling 15 singles between 1970 and 1979 sold on average over 1 million copies each. In contrast to the present day when the average No 1 single sells around 100,000 copies , a top 10 requires 30,000 and 6,000 will normally achieve a top 40.

Black Sabbath were to release 3 albums during 1971 – 1973. Led Zeppelin performed Stair Way to Heaven live for the first time whilst Pink Floyd performed Dark Side of the Moon live for the first time. The Paul McCartney single ‘Give Ireland Back to the Irish’ was banned by the BBC. The First Glastonbury Festival was held. The Electric Light Orchestra were to perform live for the first time. Mike Oldfields Tubular Bells was released on Richard Branson’s fledgling Virgin Label.  Slade (the link between the Beatles and Oasis) released their classic Slayed album. Synth pioneers Kraftwerk released 2 albums. In these 36 incredible months the legendary CBGB Music Club opened its doors in New York, The Who released Quadrophenia.  Dr Feelgood, Neu, Sister Sledge, New York Dolls,  Roxy Music, ACDC, Cheap Trick, Bad Company, The Sugar Hill Gang, Television, The Tubes (to name a few) are formed.

It was during this musical juncture that two young artists, whose paths had crossed in the previous decade would end up ruling popular music in new decade. They would individually create 3 classic pop-rock albums of original material each,  spawn 17 top twenty hits and 4 number 1’s.

Legend has it that David Bowie and Marc Bolan had first met each other in the offices of a talent scout in 1964.

Bowie nearly 18 years old, Bolan not quite 17 were ambitious to make it as performing artists in the music business and each had been experimenting with various sounds and styles of the day. Their attraction was instant and their friendship endured over the years and their creative rivalry was to reach its peak in the chart battles of 1971 -1973.

This blog is not about who was the best artist. It is simply a celebration of this amazing time and two artists at the top of their game.

Hot Love released in 1971 was a T Rex chart success. By 1972 David Bowie was hitting the charts with Starman, John I’m Only Dancing and The Jean Genie, but it was Bolan who was setting the pace with No. 1s Telegram Sam and Metal Guru. By 1973 Bowie’s Life On Mars  and Bolan’s 20th Century Boy all made the top 5.

Putting aside the Bolan compilation Bolan’s Boogie (1972) released when Bolan had left Fly Records to form his own distribution company and Bowie’s covers album Pin Ups, which Bowie released in 1973 predominately for the American. It is the 3 original albums they released each during 1971-1973, which have set the standard. 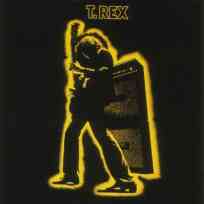 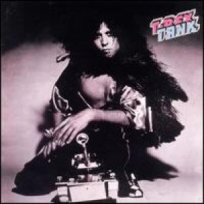 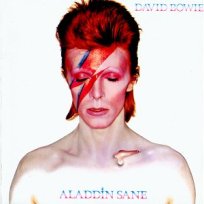 It may have seemed they had declared creative war on each other, but Keith Altham, who over the years acted as publicist for both artists recalled that they were very close, ‘There was a real love there. They were very similar, in so many ways. They could have been brothers.’ Bolan’s breakthrough came thanks to the American Tony Visconti, then a musician and fledgling producer.  His partnership with T Rex established Bolan as the undisputed king of glam rock. Visconti was to later transfer his professional affection from Bolan to Bowie, and this partnership would ultimately create some of the most original and enduring rock music ever recorded, including Young Americans, Low, Heroes, Lodger, Scary Monsters……

The legendary British DJ John Peel was an early champion of T Rex, but by 1970 Bolan had shifted the band from its folk roots on to a more rock structured format with its occasional homage to the likes of Eddie Cochran. This formate would help provide the template for many songs across the 3 T Rex albums during 1971-1973 and beyond.

Electric Warrior is my personal favourite and contains the classic tracks ‘Jeepster‘ and ‘Get it on.’ The Slider (album photos by Ringo Starr) contains the stomping ‘Metal Guru‘ and ‘Telegram Sam.‘ My favourite track on the Tanx album is the opener to side two ‘Mad Donna.’ An album full of melancholy ballads and rich production, Tanx showcased the T. Rex sound bolstered by extra instrumental embellishments such as Mellotron and saxophone.  Tanx would mark the end of the classic T. Rex lineup and a slow decline for Bolan until a resurgence after a spring UK tour with punk band the Damned garnered positive reviews 1977.  Whilst driving home early in the morning on 16th September of the same year Bolan was killed in a car crash, two weeks before his 30th birthday.

His death ended the band given he wrote and composed all the material. Tragedy was to fall upon all the remaining members of the band. In 1980 Steve Took (drummer) died of asphyxiation after his throat was numbed by a cocktail of morphine and magic mushrooms.  Steve Currie was to also die in a car crash by 1981. Mickey Finn died following a short illness in 2003 and Peter ‘Dino’ Dines died of a heart attack in 2004.

All I want is easy action baby

David Bowie would also use the rock n roll structures to the max, especially  on the Ziggy Stardust and Aladdin Sane albums. But unlike Bolan, Bowie was prepared to take risks and be more adventurous and push the boundaries. He was also a genius at absorbing musical emerging trends. Bowie’s scope as an artist was simply broader and deeper in both influence and ambition.

The Hunky Dory album has two of my favourite Bowie tracks on it, ‘Kooks‘ and ‘Changes‘ whilst it also contains one of his most pretentious and forgettable offerings ‘Song for Bob Dylan.‘ Whilst most people will point to Ziggy Stardust as the classic album with obvious and credible reasons. It is Aladdin Sane that has become my favourite over the years. Coming as it did after the Ziggy Stardust episode Aladdin Sane is full of confidence and variation. Bowie and his side kick Mick Ronson meddle with the Rolling Stones, whilst  absorbing influences from the Stooges to Jacques Brel.

As a teenager it was the album cover. The lightening across the face. A vision that would be drawn religiously by adolescent boys in art classes for years to come.

On the 2nd June 1991 Bowie joined Morrissey on stage to perform the T Rex track Cosmic Dancer. A fitting tribute on several leaves. 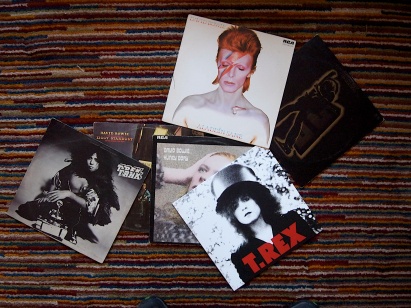 Two great artist and 6 classic albums, which should grace the shelves of most record collections.