First dedicated in 1241 and was, at one time, the largest church in Lisbon the Igreja de São Domingos was devastated when a fire broke out in 1959. The fire, which killed two firefighters, took more than six hours to extinguish and completely gutted the church, destroying many of its paintings and statues. In 1994 the church reopened with the restoration work leaving intact many signs of the fire. The church was also damaged in the 1531 Lisbon earthquake and almost completely destroyed in the 1755 earthquake. 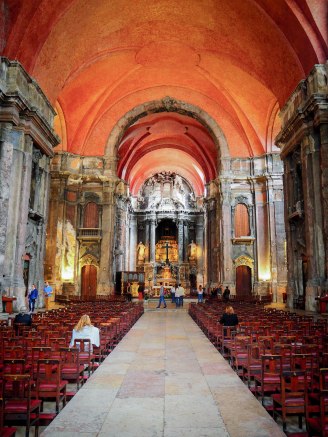 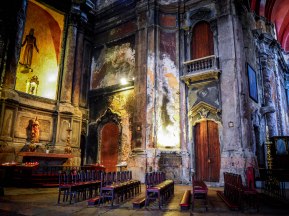 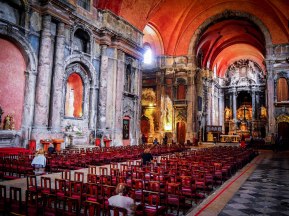 Its Architectural style is baroque (Portuguese term for a pearl) a highly ornate and often extravagant style, which flourished in Europe from the early 17th until the late 18th century. It was encouraged by the Catholic Church as a means to counter the simplicity and austerity of Protestant architecture.