Historically part of Christchurch, Mudeford Spit was sold to Bournemouth Borough Council in 1935. It is the larger of the two features, the other being the Haven, that almost encloses Christchurch Harbour, leaving the water within to exit through a narrow channel known as The Run. Formed by sand and shingle brought around Hengistbury Head by longshore drift and pushed towards the shore by waves from the east, the spit is the most mobile of Dorset’s geographical features. 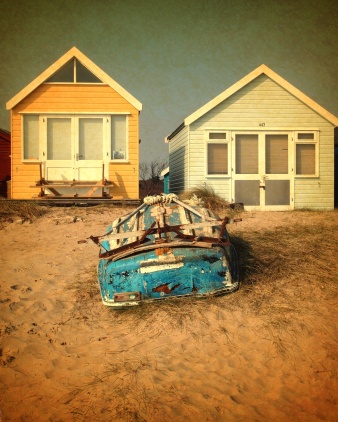 The Beach huts, located on Mudeford Spit, can be reached on foot or land train from the Hengistbury Head side of the harbour, or by the Ferry from Mudeford Quay. When available for sale the asking price for a single beach hut can be as much as £250,000, which does not include £2000 per year leasing charges and the annual council tax.