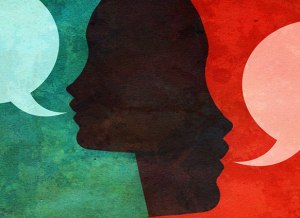 Realisation can be slow and often it comes surprisingly wrapped neatly, with a bow, in a large package of commonsense. Mine was delivered towards the end of 2018 when I took the conscious decision to disengage from groups on social media platforms, namely on, Facebook, initially set up by people to encourage ‘free-speech’ dialogue between those with differing views and opinions. This weekend I re-engaged.

The calmness, which I had got to know over the past few months had vanished into the mist. Within hours I had been caught up in “arguments” of intolerable attitudes. One such platform on Facebook was nothing more than an echo chamber of sad, angry, dull and yes mostly white men hurling abuse at one another through manufactured meme’s. Those photos, generally of a famous person with imposed comments to ridicule. It was nothing more than finding yourself in the middle of a room with children throwing custard pies at one another. I guess this is what has become of the UK.

We no longer talk and more importantly listen to one another. We seem to shout, ridicule or seek to physically harm each another. A nation divided, at each other’s throats, a union on the brink of falling apart. An identity being fought over by extremes while the majority have turned their backs ashamed and embarrassed as the rest of the world looks on bewildered. On Saturday, I disengaged completely from these platforms of ‘free-speech’ and said hello to a complete stranger when out walking with my dog.