As we mull the prospect of a successful vaccine and a return to enjoying live music. I would guess the artist I’ve seen more in concert over the years will be Johnny Dowd. On one occasion travelling from Bristol up to The Band Room (properly the greatest small venue on earth, according to the Hanson Family) on the North Yorkshire Moors. The Thunderbolt, Bristol, gig on the 19th October 2016 was also a particular joy too.

If you’ve never come across Johnny Dowd, his musical style may be difficult to define although the term maverick is often applied. Zappa, Beefheart, Waits, Cave and a big drop of wry, dry humour forced into a kitchen blender on full speed and left unattended to spin. Amongst his various release’s I tend to migrate back to the No Regrets album, 2012.

A collection of photographs and mobile phone video cuts from the Comet is Coming gig at the Komedia, Bath 12.11.19. 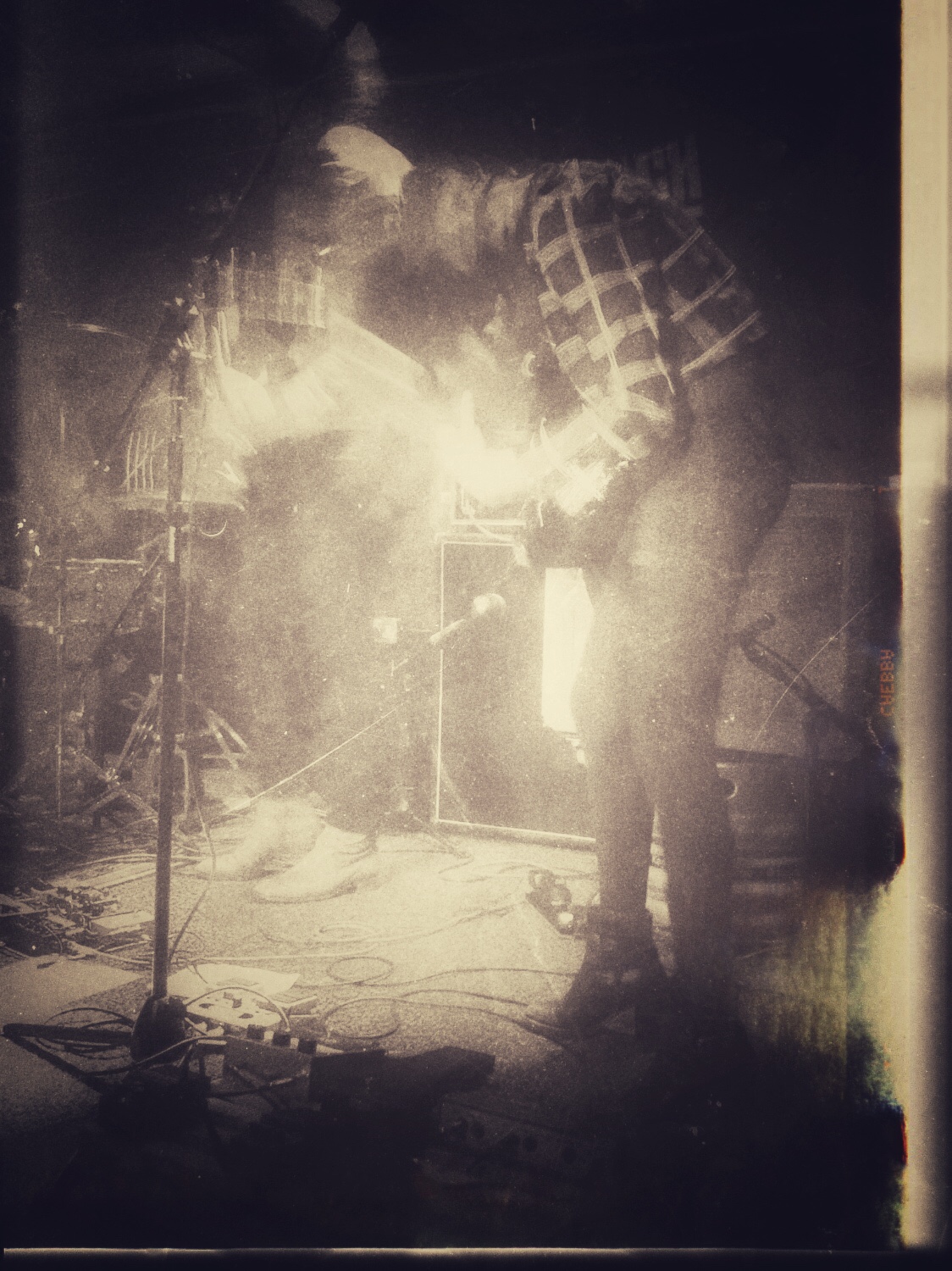 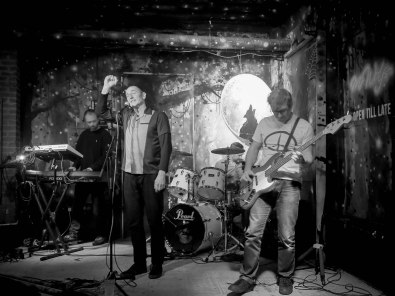 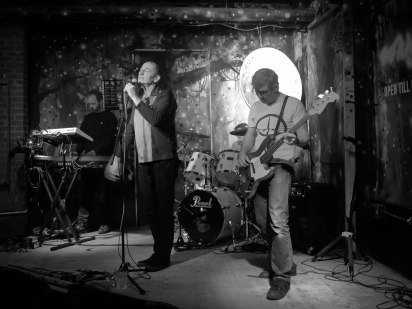 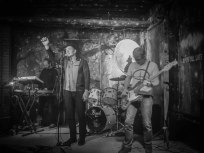 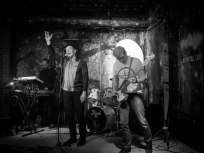 29.10.18: As I’ve said previously about Lensmen that they are one of the best bands on the independent music circuit at the moment. I finally got to see them perform live Monday evening. A fair collection of vagabonds, strays and inquisitive minds are here tonight to witness them perform which is surprising given its a bitterly cold Monday evening outside. Lensmen are providing the headline set under the SongSmith event, which promotes new and emerging Bristol talent. Its a really solid performance, brooding bass, synths and beats hovering below twisted storytelling that grows in confidence as the set progresses. For those who prefer their music with intelligence then cast your eyes and ears in the direction of Lensmen. You will not be disappointed in my honest and humble opinion. My previous write up with links to the Lensmen’s music, future dates and adventures can be found here.

24.10.18: Nostalgia is a bitch. It’s something I’ve tried to avoid through the years ever since witnessing the Sex Pistols reunion, Finsbury Park, 1996 and quickly realising that hard-fought reputations and credibility can be deconstructed at an alarming rate. So it has come to pass for much of the bands churned out towards the end of the 1970s under the threadbare banner of punk.

Its the winter of 1977, at 16-years old, I met a mate Ste Birmingham (sadly no longer with us), and we took a bus from our hometown of Stockton on tees to the neighbouring town of Middlesbrough Rock Garden to catch the Tom Robinson Band (TRB) live.

It was another gig without parental permission, involving a stop off at a pub (The North Eastern) where I managed to drink 2 pints of Double Dimond Beer, witness grown men being men with their racist and sexist banter, masculinity overdrive, play my first game of pub pool (lose…badly), select a record on a pub Juke Box for the first time (New Rose by the Damned) and then subsequently make a fake excuse go outside gasp fresh air and throw up in the adjacent alleyway.

Within an hour or two I’m standing in an exuberant crowd of young men, full of testosterone, mostly dressed in homemade punk regalia singing, “Glad to be Gay.”

Today, such are the changes in attitudes that this would hardly raise an eyebrow, even in some of the UK’s most conservative towns and villages. Back in 1977, it carried the risk of a life-threatening physical assault from a mainly hostile public and police where queer bashing and racist abuse seemed a norm and a routine way of life. Nowhere more did these attitudes manage to incubate than in the pubs and socials clubs of 1970s north-east working-class England. This may feel like a lazy indictment, but nonetheless a cultural acceptance I was brought up in, which had many a complicated reason.

I recall a nervous confidence in Tom Robinson’s voice that night as he introduced ‘Glad to be Gay.’ A nervousness which is equally shared by an audience, initially not sure what to do with the singalong anthem. Sweat-drenched men who have been bouncing relentlessly to the guitar-powered set are now looking at each other, fuck it by the second chorus, a unified audience is wholeheartedly singing. Its one of those small moments in time when things start to change for the better.

Tonight (41 years on) I find myself at the Fleece, Bristol to capture Tom Robinson performing his classic ‘Power in the Darkness’ album in full and in celebration of its 40th year since release. First and foremost it remains a great (I mean a really great) rock album. Lyrically it is not only a reflection on how far we have come. It is also a recognition as to how far we have allowed ourselves to regress back into the darkness.

This evening I raise a glass to my old mate Ste and Tom Robinson’s bravery, his art, the man and a band of young men who recorded an album that had a very significant contribution in shaping my politics. 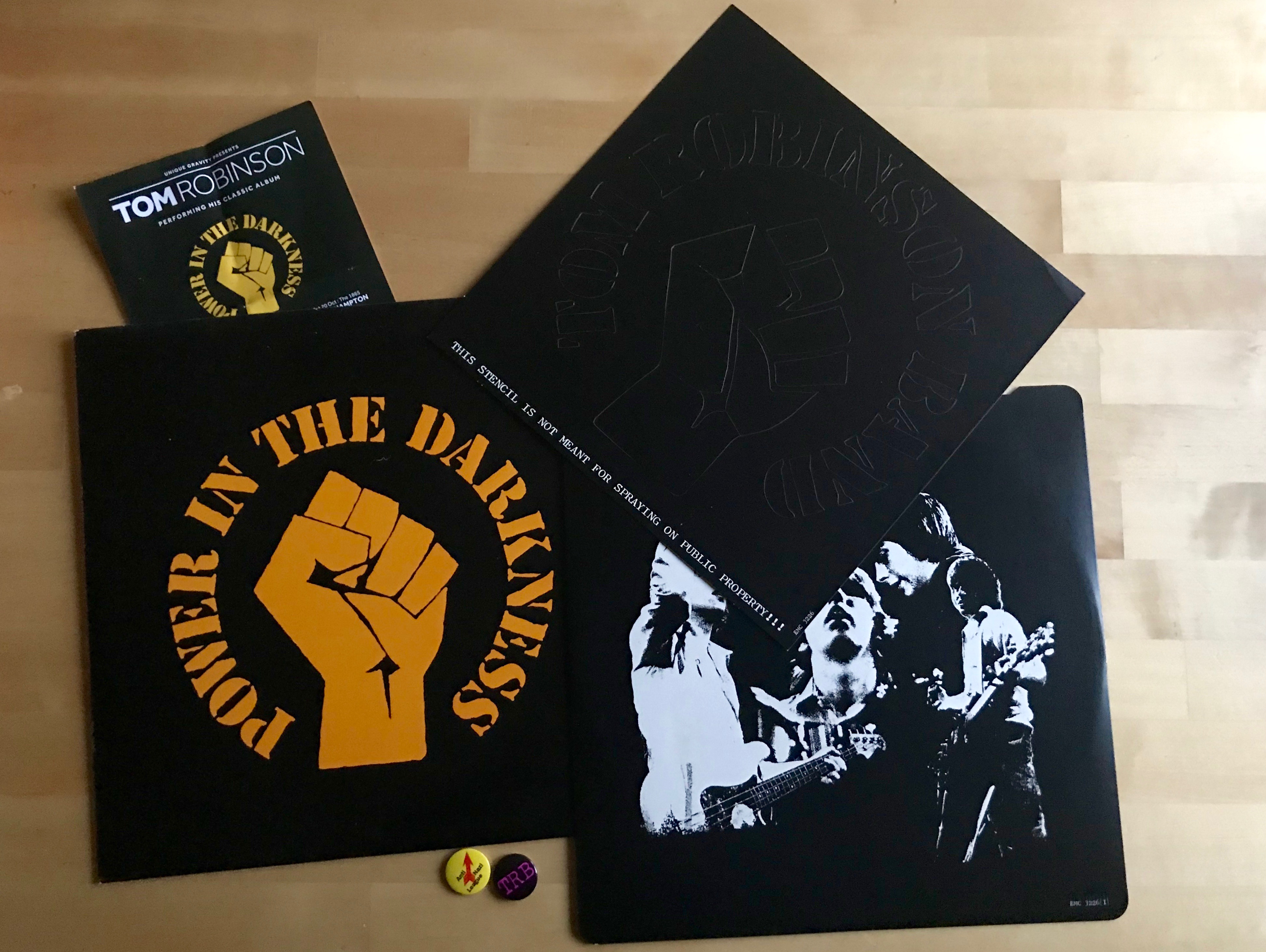 PS: I’ve still got my vinyl copy and its accompanying spray can stencil remains in perfect condition, unused….until tonight.

17.10.18: Those who don’t know the Thekla venue in Bristol. It can be an uncompromising place for bands to play. There is no hiding place and over the years I’ve seen several a band and artist who’ve ventured out of their bedrooms, garages, and studios to perform at the Thekla and find their abilities stretched and exposed to the elements of this old ship anchored in the Mud Dock, Bristol. Tonight there is an air of anticipation, willing anticipation from the 400 capacity sellout audience to witness Glasvegas perform their 2008 self-titled and platinum-selling debut album. A decade has vanished, but the album still holds as a classic blending guitar feedback that marries the harmonies of the Ronettes with James Allen’s brittle lyrics of loneliness, love, and loss. There no sinking tonight. The first 30 minutes are as near a perfect rock n roll show one could ever envisage and by the end of the night, it is fair to say they Glasvegas had nailed it with 400 people singing word for word the lyrics of each song causing the band to pause their performance, stand back, listen and embrace the feedback and importance many hold their seminal piece of work. 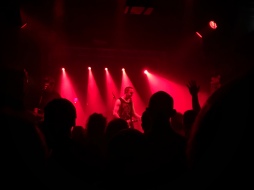 26.09.18: Ólafur Arnalds world is one of travel, he informs the audience in between one of the songs he performs tonight. When not touring he takes a break from his career by travelling more. The places he visits often influence the music he makes and on this occasion it was Nyepi the Balinese “Day of Silence.” He informs the audience that he found it amusing today when he found himself having a hot bath, on Hot Bath Street, while in Bath. On another occasion, he talks about his first visit to Bath around 2007 when he was the drummer in the hardcore punk band Fighting Shit. 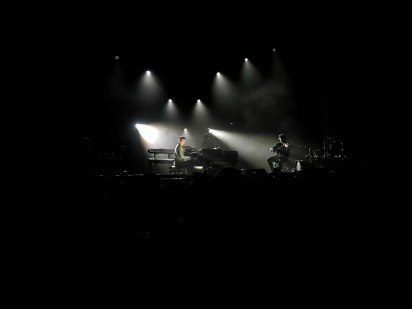 It takes a leap of faith to imagine the guy in front of us who tonight is playing beautiful, fragile and evocative music once thrashed out punk in a small pub in Bath, but he also informs the audience that his grandmother was the greatest musical influence on the young Ólafur. The metal-loving Ólafur would sit with his grandmother to listen to Chopin’s work whenever they had visited one another. At her deathbed, Arnalds said “She was just lying there, old and sick, but very happy and proud. Listening to a Chopin sonata. Then I kissed her goodbye and left. She passed away a few hours later.” The final song tonight is Lag Fyrir Ömmu (Song for Grandma) and it all makes sense now.

24.09.18: I inadvertently stumbled across Michael Nau in his early days when fronting Cotton Jones whose album Paranoid Cocoon (2009) remains a favourite and contains the majestic track I Am the Changer (seriously track it down!). His style is casual, an appearance of not being fazed, but what lays beneath his calm exterior is a musician and songwriter of the highest order. I’m at the Louie tonight and Nau is with his band The Mighty Thread promoting their self-titled new album. Uplifting beautiful stuff. Check out the link below.

23.09.18: There have been many attempts over the years to categorise They Might Be Giants, a task akin to balancing on a set of shakey decorating ladders while attempting to nail jelly to a ceiling, so I’m not going to even attempt it here. All I can say is that if you take St. Peppers era Beatles, a bit of Beach Boys, some Liza Minnelli, Deep Purple riffs, Motown backbeats and the brass section from Earth Wind and Fire, place them in a tumble drier several times over a bright summers weekend. You might (just might) be lucky enough on one occasion to get the ingredients right and that is without the arduous challenge of blending in some of the wittiest lyrics being set to music today. Getting this right, of course, is a challenge for the musician. One slip, either way, can project the material into a smug self-righteous mess.

TMBG have found an odd relationship with my music collection. I adore their 1990 album Flood with its quirky set of songs, including the perfect pop tune Birdhouse in your Soul, sitting along the track Your Racist Friend, which coming from an American band seems quite an aptly timed anthem for their 45th President. Their music has popped up on TV shows like Malcolm In the Middle. They’ve written music for the Spongebob Square Pants, as well as winning two Grammy Award and nominated for a Tony Award for Best Original Score.

With 4 million records sales to their name, I’ve dipped into their catalogue along the way and I now find myself at the SWX venue Bristol to finally see Brooklyn’s very own and self-titled ambassadors of love perform live for the first time. TMBG are providing two sets tonight covering material from their back catalogue and forthcoming album. The evening is a storming success, full of humour, amazing musicians who are simply on top of their game and at ease with one another. The dubbing of Aerosmith/Run DMC’s video to Walk This Way is a particular fun treat! Check out dates for their remaining tour dates here as well as accessing band information, free downloads, etc. I heartly recommend you go see them live. If you don’t come out with a rye smile on your face and a spring in your step the next morning then you are in need of professional help.

‘Imagining My Man’ by Aldous Harding, from the album ‘Party’. An artist of rare calibre and intensity. More information here