Posts from the ‘The Sound of Music’ Category

Today I stumbled Upon: Arthr

In the crowded world of music production, I’m always on the lookout for artists and bands promoting their wears in an innovated way and with this in mind, the Arthr project recently caught my ears and eyes. The project is ‘born from a love of live performance, electronic and experimental music, alongside animation. The character Arthr represents the imagery, ideas, and creative identity behind the project, placed into real-world environments where he explores themes of nostalgia and time.’

The latest Arthr release is Whisperings of the World (featuring King Colobus), which also came in an elaborate limited edition cassette format (20 copies). Each cassette comes with a little self-made Arthr figure attached with only four (at the point writing) remaining for sale. You can see more information of this release by clicking here

The trials, tribulations, and frustrations of creating the little Arthr figures are captured in a recent blog message from the project, which you can read by clicking this link. You can also catch up on Arthr’s journey through nostalgia and time at the official You Tube where you can also see some of the creative background work going into building this fascinating project and concept, including live performances. Take a look, listen and Join the journey.

Consciously, or subconsciously every now and then a film comes back into your life. I remember watching The Last Picture Show in the mid to late 1970s and had not seen it until this week. The film was directed and co-written by Peter Bogdanovich, adapted from a semi-autobiographical 1966 novel by Larry McMurtry.

Poignantly filmed in black and white and set in a small town in North Texas between November 1951 to October 1952. The plot focusses on the coming of age of Sonny Crawford played by Timothy Bottoms and his friend Duane Jackson played by Jeff Bridges. The cast also includes Cybill Shepherd (in her film debut). The film features a stellar soundtrack with Peter Bogdanovich insisting that all the music had to originate from the period the film was set in. Featuring many songs by Hank Williams Sr. and other recording artists the music provides an authentic backdrop to the unwinding stories, which collide throughout the 2 hours of the movie. The film was nominated for 8 Oscars, (including Best Picture, Best Director) and won 2.

In 1992, Bogdanovich re-edited the film to create a “director’s cut”. This version restores seven minutes of footage that Bogdanovich trimmed from 1971 release, including the infamous sex scene in the pool hall after the hall close for the night.  A visual and audio treat the film is one of those classics that can be forgotten in the faded memories of my younger years, but when reviewed again leave a lasting impression. Filmmaking at its finest.

Born to a Belgian mother and an Italian father, Mélanie De Biasio a fan of groups like Nirvana composed in English. She played in several groups before focusing on jazz with the trio Harmadik Fül. During 2011 and collaborating with Avanti ASBL, De Biasio worked with prisoners in a creative process using voice, movement, breath and rhythm, which then led to a critically acclaimed performance in the prison.

Three 2017 releases, which have brought a smile to my face.

One: The No Action debut album finally arrived.  Originating from Australia, No Action have delivered an Intense, lo-fi album reminiscent of a vintage 4 track deck cassette recording of a rehearsal held in a vacated industrial estate. A thing of beauty, which collects material from over a five year period and is limited to 250 pressing, or download.

Two: While we take stock of the dangerous clown occupying the Whitehouse helping to restore a bit of confidence in the land of the free this December we had a further mini-release from Mouth Reader. Eyes Sink adds to their conveyor belt of catchy punk releases. A glorious racket delivered in just under 3 minutes. Perfectly formed.

Three: Martha properly the best pop/punk band to emerge from my native North East for many a long cold night continue to set a high bar. 2014s Courting Strong and 2016s Blisters in the Pit of my Heart album releases are still subject to heavy rotation. Mini-release The Winter Fuel Allowance arrived in November. The 7″ limited release may be sold out, but you can still snatch a download.

Today I Stumbled Upon: Caudal

My top 10 so called “punk” albums, which I was listening too in the 1970s that have remained influential to this date. 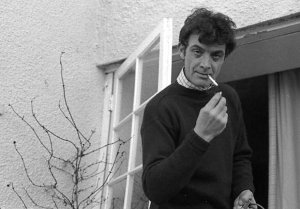 In a decade peppered with cultural and economic change, the 1970s certainly churned out a vast array of musical genres. While TV sitcoms reflected the mundane of life there was also documentaries that sought out injustice and the mysteries of the world, (John Pillinger, The World in Action, Whicker’s World).  In this national psyche emerged the oddity of Jake Thackray’s Yorkshire baritones penetrating the fray of well tuned southern accents, which still dominated broadcasting. My first memory of Thackray was as a young child during a magazine TV programme called That’s Life, a machine gun etiquette of consumer protection, light entertainment, performing dogs, funny shaped vegetables sitting alongside hard-hitting investigations into wrong doing. Thackray was brought up in a working-class family and enjoyed the pleasures of pale ale, rugby and pipe-smoking. After moving to Lille in France, where he taught English, Thackray became an unlikely disciple of French artists like Georges Brassen and Jacques Brel.

A poet songwriter and solitary singer Thackray’s songs were pitted with humour, satire, and social observations of everyday life. A person who shied away from the limelight, referring to himself in the 1970s, “I turned into a performing dick” after his popularity propelled him to regular TV appearances Thackery withdrew to smaller venues and pubs where he felt a connection with his audience. Aspects of this work have dated, but his importance is often overlooked, and while some lyrics may not find favour, it can be sluggish to cast off artistically given his observations are so humorously ludicrous, and light years away from them misogynism we witness in today’s music scene. It would be like trying to sensor Tom and Jerry cartoons for modern video game violence.

In his later years, Thackray was beset by health and financial problems: he had become an alcoholic and was declared bankrupt in 2000. He died of heart failure 24th December 2002. To a young child, he was an oddity. He stood out because there was no reference point to place him but he remains to this day one of those artists who is captured in glimpsed childhood memories of my parents chuckling along to the double meaning of this lyrics.